We’re rolling out a new video series on our YouTube Channel:  Technical tip videos!  For our first, we’ll be covering a frequent teacher question: how can I sterilize media without an expensive autoclave?  Read on for more information, or view our video!

Sterilization without an autoclave:

Microorganisms are everywhere – in the air, in the water, on our skin, all over the place.  Most of the time, these microbes are a normal part of the ecosystem.

However, in the laboratory, we often need to prevent the wrong microbes from growing in our experiments.  This requires sterilizing media and laboratory equipment to eliminate anything that might be living in or on it.

In many cases, researchers kill any microbes present in media or on equipment using heat, steam, and pressure.  This is accomplished using an autoclave, which is a large, pressurized metal box.  Once the equipment and supplies are placed in the autoclave, the door is closed, the air is pumped out to increase the pressure, and then steam is pumped into the chamber.  The samples are held at 15 pounds per square inch and 121 degrees Celsius for 15 to 30 minutes.

Problem: Commercial autoclaves are large and expensive.  While the autoclave is considered an essential piece of lab equipment, commercial autoclaves are large and expensive.  A group of researchers in Australia searched for an effective, low-cost way to sterilize reagents and tools for underfunded labs and K-12 educators.  With the rise in popularity of electric pressure cookers, they decided to test whether one of these cooking devices could reach the temperature and pressure necessary to sterilize their supplies. 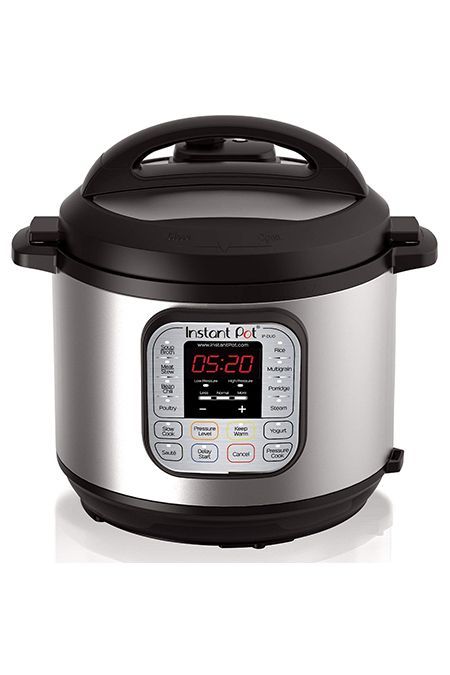 According to the product literature, electric pressure cookers can reach the correct temperature and pressure necessary for sterilization. Most can be purchased for under $150 US Dollars, which makes them an excellent option for the lab on a budget.  But would they be able to sterilize media, instruments, and waste?  After introducing microorganisms to both sterile media and surgical instruments, the researchers placed the samples in each pressure cooker and ran them at each model’s maximum temperature and pressure for fifteen minutes or more.

The samples were removed from the pressure cooker and allowed to incubate at 30 degrees Celsius for one week to encourage the growth of microbes. All four pressure cookers could kill multiple strains of bacteria, as evidenced from the lack of cloudiness, or turbidity, in the media.  One model, the Instant Pot, could even kill spores, which is a hallmark of more expensive, commercial grade autoclaves.

So, do you have bacterial plates you want to decontaminate? Or pipette tips to sterilize?  Invest in an electric pressure cooker.  The lack of an autoclave should not hold you back from success in the laboratory.